“Yin and Yang were installed in 1992 at the University of California. Two Eggheads — one, with eyes closed, is speaking. The other head is lying on its ear with the back of its head facing the speaker. A replica of Yin & Yang sits on the Embarcadero in San Francisco (that’s because the Arneson estate owns the Eggheads, and considers each piece an edition). Yin & Yang lend themselves to many photos and as being a background for performance art.” 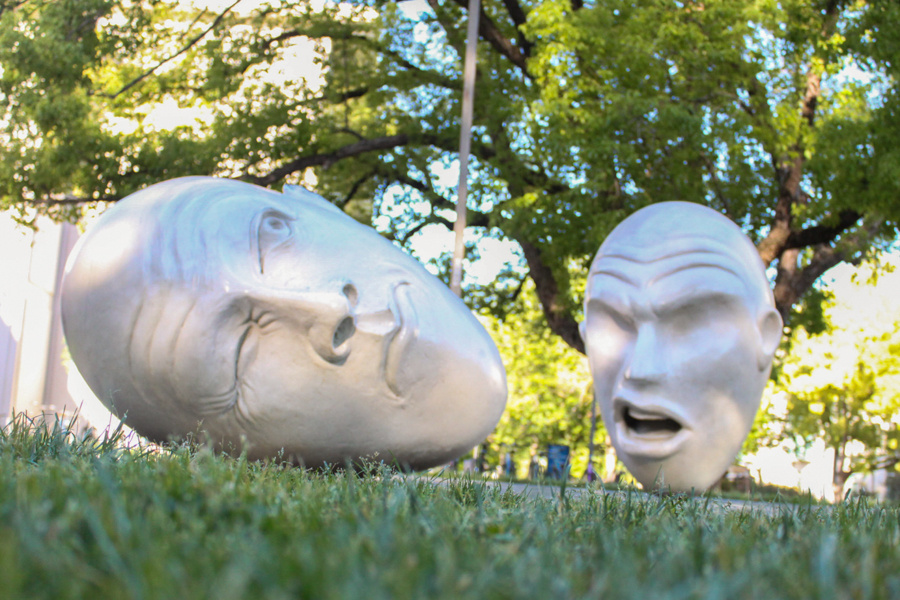