“For my mural design ‘Splash’, I wanted to use the simple elements of lines and color. I wanted to do something to give the mural a vibrancy that could withstand the onslaught of the summer sun. But when I approached this mural, I found that I was drawn to how that image would be able to build a relationship with the public, and preferred to capitalize on the opportunity for dialogue on a larger scale. And so the concept of using the paint to create the outlines of my fellow artists, with the glory of color and simplified outlines took hold. This resulted in a design that encompassed a highly personal yet universal approach to the image. The public’s immediate and vocal commentary while we worked on this mural was truly a wonderful thing to witness. I was very thankful to Mr. Kumagai and his technology, and for John Natsoulas’ support, which continues to add to the art scene in Davis. This particular mural has been featured in national venues such as Southwest Magazine’s travel section on Davis, California, and was also on the cover of the San Francisco Chronicle’s Travel section highlighting the Davis Mural Team and Yolo County’s arts and culture. This type of recognition of the murals has often surprised me, but also continues to impress me with the importance of public art and its appreciation by the community.” –Kerry Rowland-Avrech 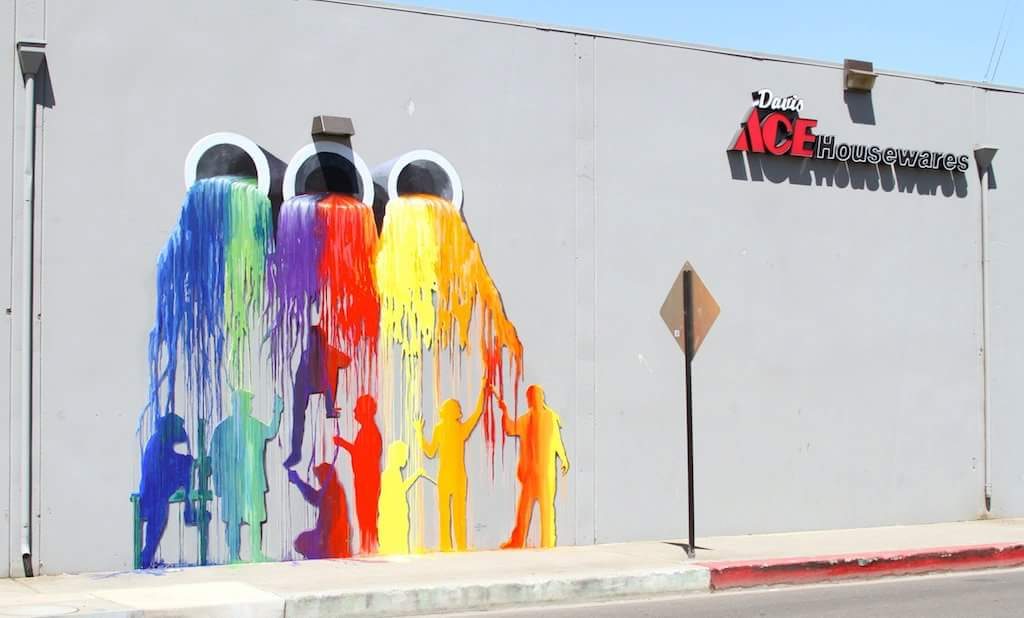