The humor and irreverence of Natsoulas’ art should come as no surprise, considering the inspired lunacy of his mentors. A descendant of Pop and California Funk, Natsoulas’s work goes beyond both. Embracing what may be best termed “camp”-that which is outrageous in its artificiality, affected, and referencing the out-of-date in an amusing manner-he has manufactured a style distinctly his own. Natsoulas received his bachelor’s of arts degree in 1982 at the University of California, Davis, and his master’s of fine arts in 1985 from the same institution. He studied with many celebrated names in California painting and sculpture-Robert Brady, Roy DeForest, Wayne Thiebaud-and has also been an informal student of artists David Gilhooly and Clayton Bailey, who have both greatly influenced him. His most significant teacher was the sculptor/ceramist Robert Arneson, who Natsoulas credits with changing his life by giving him the incentive to pursue art as a career. 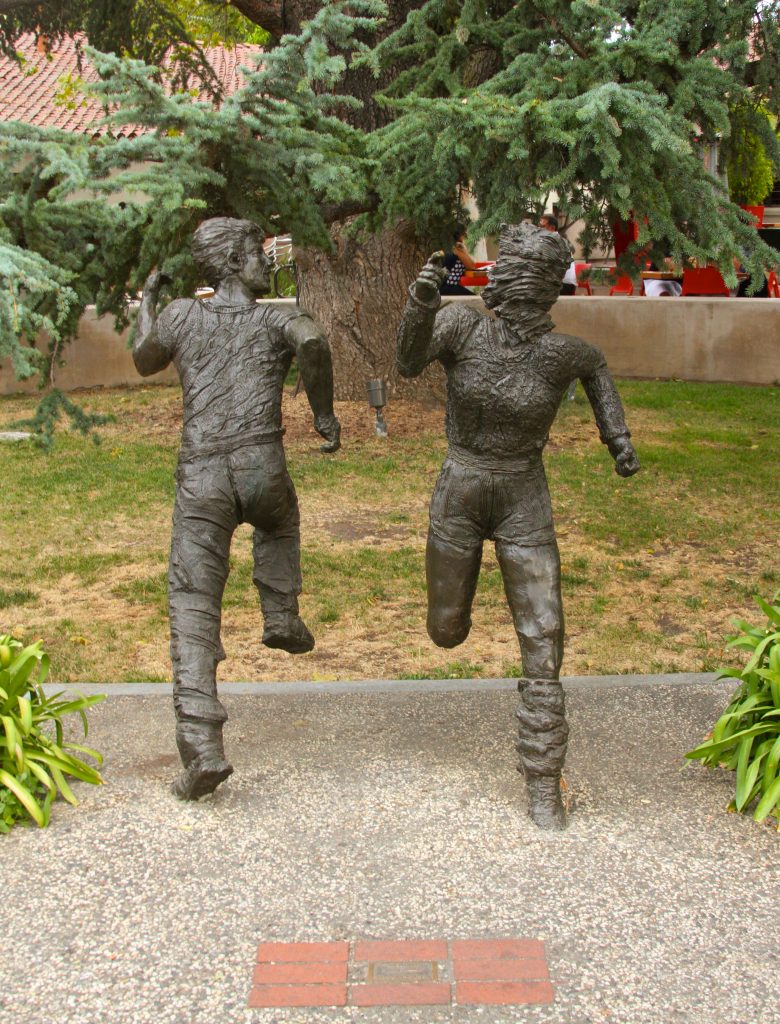