Fontaine has always been interested in the transformed commercial/industrial environment as a means to discover an aesthetic beyond the face value ugliness that a strip mall might provide. Lately, he has been using man made objects that are placed in human habitats as a starting point for the growth of any particular painting. He begins with automobiles, utility poles, roads, cars, houses and other objects and although the imagery is a starting point the process of painting quickly supercedes the original image. The formal elements soon take over in the process. The paintings are both about paint and about the image and what dominates is discovered at the end of the painting process. Sometimes the formal elements win and completely take over, and other times the fragments of the original idea will hold their place in the composition. The paintings are not carefully planned from beginning to end, but the result of numerous studio sessions that may or may not be successful in ways that allow Fontaine to accept what is revealed on the surface. He will often scrape away the surface and repaint. Most paintings are the result of multiple layers of paint leaving some of each layer visible. It is his intention to allow the painting to come forward without too much pre-visualization. 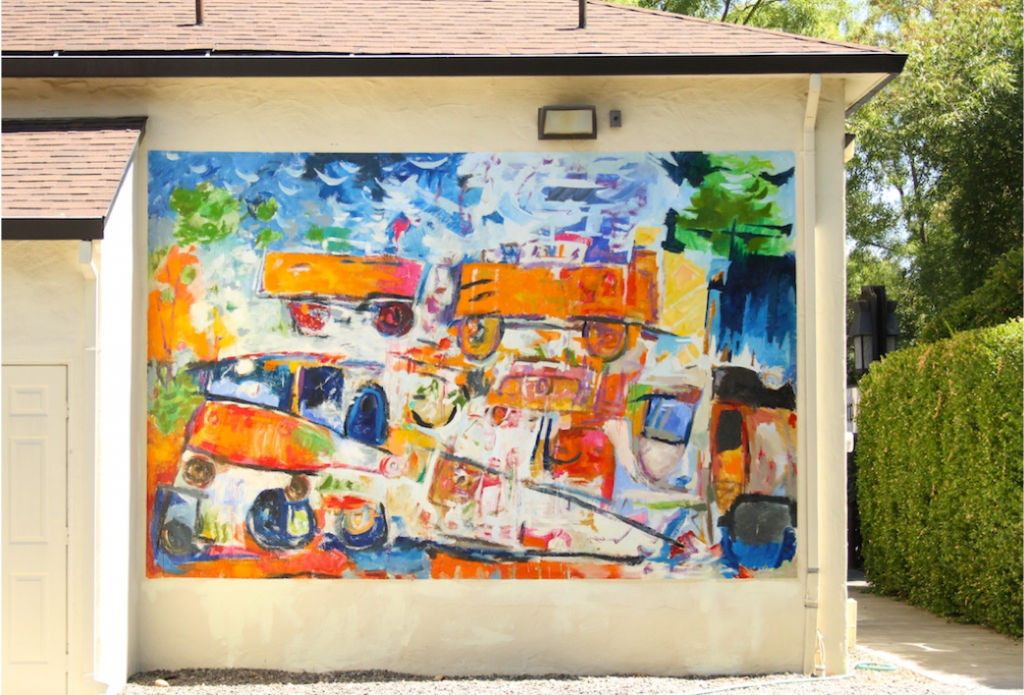