Kelly Detweiler grew up in Colorado and moved to the San Diego area as a teenager. He attended Grossmont College, before transferring to California State University at Hayward. Teachers such as Clayton Bailey, Mel Ramos, Raymond Saunders, Harold Schlotzhauer, Misch Kohn and Kenji Nanao helped shape his artistic sensibility that was primarily focused in ceramics when he arrived. Slowly this focus broadened to include painting and drawing. Graduate school followed and he was fortunate enough to attend University of California Davis which included faculty members Robert Arneson, Roy DeForest, Wayne Thiebaud, Manuel Neri, and David Gilhooly. During the summer between the two academic years of graduate study, he was chosen to go to Skowhegan School in Maine. 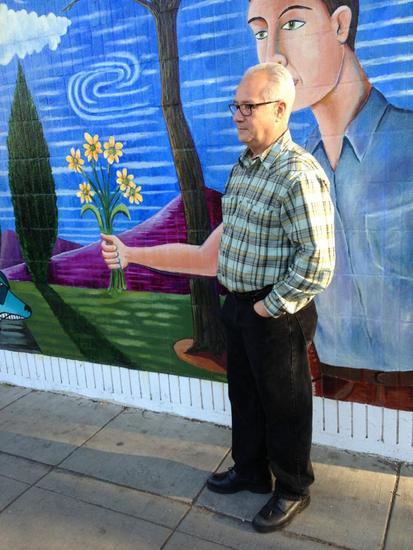