Finley Fryer was born August 18, 1952 in Santa Monica, California. In the early 70’s he enrolled in Davis, studying with Roy de Forest, Manuel Neri, WiIliam T. Willey, Robert Arneson, Wayne Thiebaud and Robert Frank. It was the height of the bay area funk movement and Fryer absorbed it all. Over the years Fryer would become fluent in many mediums: painting, sculpture, installations, coming up with his own unique Neo Funk voice that echoed these past influences yet was all his own. In the mid 70’s Fryer departed Davis, heading east, working as a carpenter in Boston and New York. After a stint in several upstate New York lumber mills, he returned to the west coast restoring church windows, as an itinerant stained glass repairman.The translucent nature of the stained glass was a catalyst. Fryer reassembled the fractured gems into windows and illuminated sculptures. As the sculptures got larger, the glass gave way to more plentiful, translucent plastic. Fryer soon settled in San Francisco. In 1979 he received his first major show at the New Museum of Contemporary Art, in New York. In the 1990’s, he landed in Dunsmuir, California, a decaying railroad town set in the upper Sacramento River Canyon of the southern Siskiyous. There, he reclaimed a turn of the century brick commercial building, situated across from the town’s very active rail yard, and built a studio. Since 1998, Fryer has become internationally known for the monumental creations he has installed at Burning Man: The Plastic Chapel, Stan, Coalita, and The Portal. His use of recycled materials has pushed these creations to the edge of the wild side, where visual surprise is the only absolute. Fryer currently splits his time between northern California and Oregon, maintaining studios in the mountain village of Dunsmuir and the coastal community of Gold Beach. 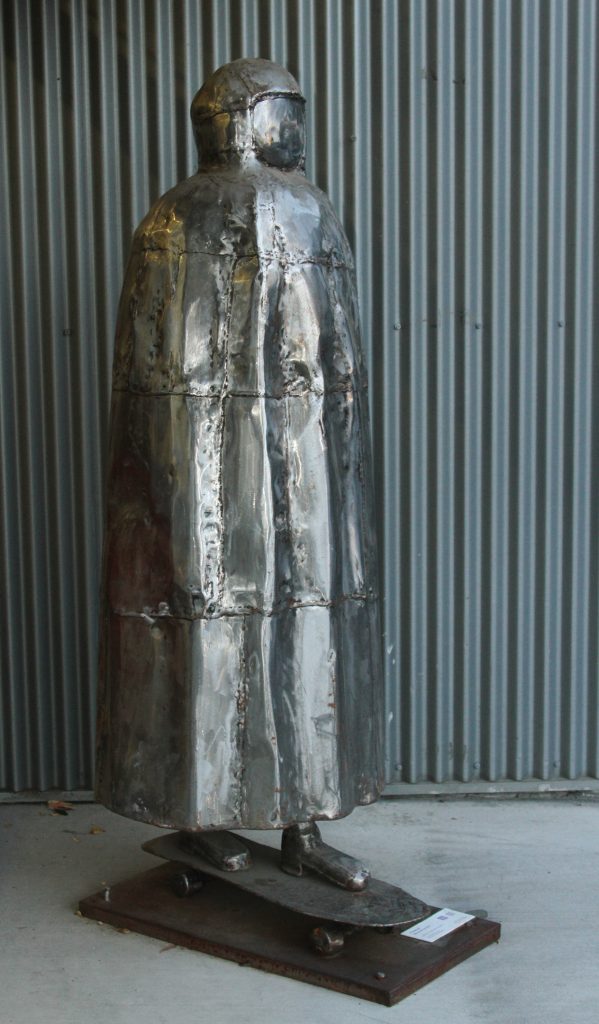