Donna Billick has studied and worked with some of the most important sculptors of recent times. Earning a BFA and MFA from the University of California, Davis, she studied with the likes of Robert Arneson and Manuel Neri and was among a generation of artists that included John Buck, Deborah Butterfield, Tom Rippon, Richard Notkin, Robert Brady, and others. And of that group she was the only woman at Davis involved with sculpture. Billick, like Joan Brown, Jay De Feo, and other pioneering women before her, found a niche in which she could flourish. One of the unique and revolutionary aspects of Billick’s public art is its collaborative nature. Not only is she dedicated to realizing her own vision, but she utilizes her great ability to bring people together, child and adult alike, and find a common, community vision. Her knowledge of the materials and techniques, and her willingness to share this knowledge, enables those of all abilities to contribute. In the vein of Diego Rivera and Nikki de Saintphall she seeks to find a broad voice that speaks for many. Billick’s work is often very engaging and controversial, as she pulls the viewer in to political and sexual currents that appear in her art. Unafraid to speak her mind, she might be one of the most important artists dealing with the concept of being a woman in a man’s art world. She believes that this is changing and that now women can pursue careers in art; she has demonstrated this by forging a career on her own terms. In her work she deals with the environment and the human condition and speaks to the issues of the contemporary environment that is disappearing. Around Davis she has a studio and country estate where she works to bring forth her world, as well as a studio in Baja. In these studios she has found a way to create this stunning exhibition on the figure. Using a combination of clay, tile, and stone, Donna Billick creates life-size and larger-than-life sized figures that have powerful presence and are well grounded. 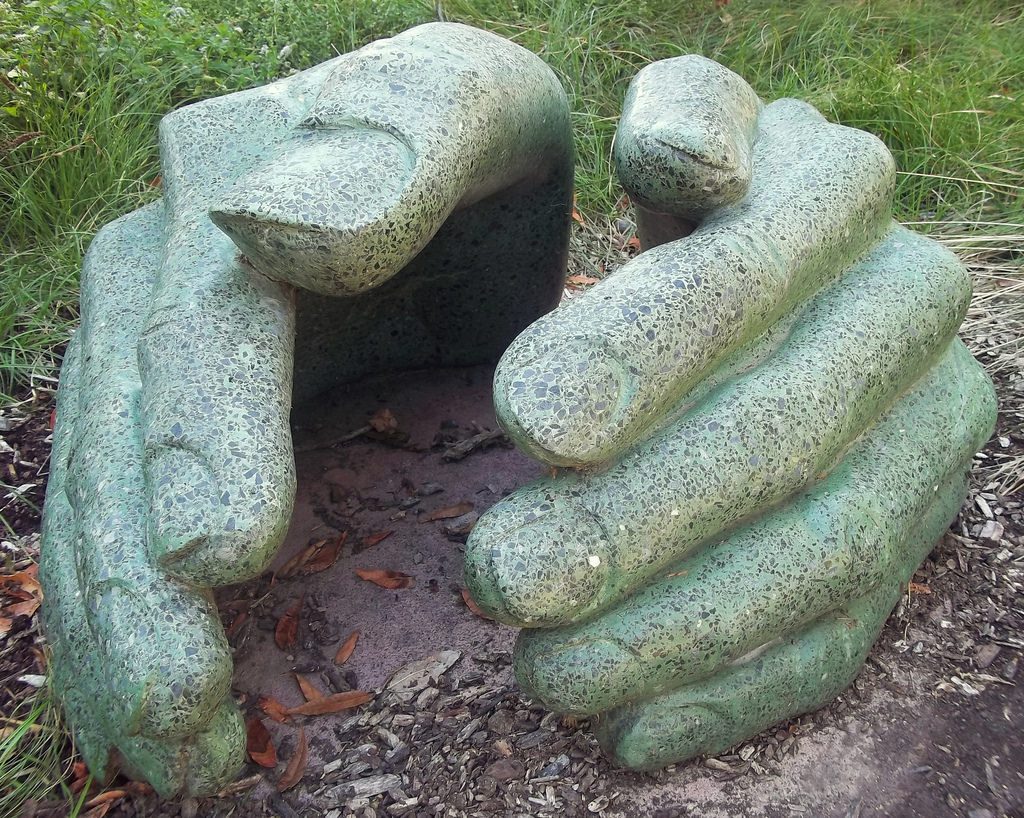